5 Great Reasons To Start A Business At University

With the news that six months after leaving University nearly 1 in every 10 graduates is unemployed (BBC News, 27 June 2013) you could be forgiven for thinking that the future for graduates is fairly bleak, yet a growing number of students are taking their future into their own hands by starting a business whilst still at University. And why not? 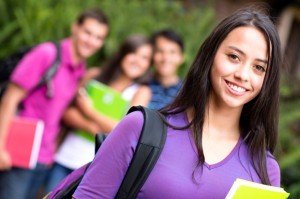 In many respects, University is probably one of the least risky times to start a business (more on this later) and given so many graduate employers complain that none or few graduates are ‘work ready’ (skills lacking include teamwork, communication, and punctuality), those students taking the initiative will surely put themselves at a far greater than their peers.

One of the most famous University start-ups is, of course, is Facebook. It was founded by Mark Zuckerberg in his Harvard bedroom. However, we can look much closer to home for examples of students who are running a business alongside their studies. James Headspeath took part in an inter-university business competition whilst at Southampton Solent. He realised his own University didn’t have a business club, so decided to set one up. From there, he started his own business iChallengeU and, although that business is no longer running, he is working on bringing a new business to market. He does this whilst supporting start-ups with social media company Spiky Pineapple. The business club he founded is now a sustainable organisation continuing to run at the University since he left his post as President.

Given the estimate that one in every three businesses fail within the first three years of trading, it might seem more sensible to suggest students focus on their academic studies rather than ‘dabbling’ in business. However, with the right help in the first 18 months, 85% could well survive beyond 3 years.  There is a huge amount of support available to University students wanting to start a business. This includes NACUE, who run a national network of nearly 200 college and university enterprise societies, events, and competitions.

So, here are five great reasons why starting a business at University is seriously worth considering:

Of course, starting a business is not for everyone. There will be times when you feel the conflict of focusing on both the business and your academic studies at the same time. Being your own boss means taking responsibility and that includes managing your time. This means that those skills will not be wasted even if you decide in the end that running a business is not for you. What you’ve learnt could prove extremely valuable to a future employer, so what are you waiting for? Go do!