The Startup Journey Of Stratajet CEO And Founder Jonny Nicol 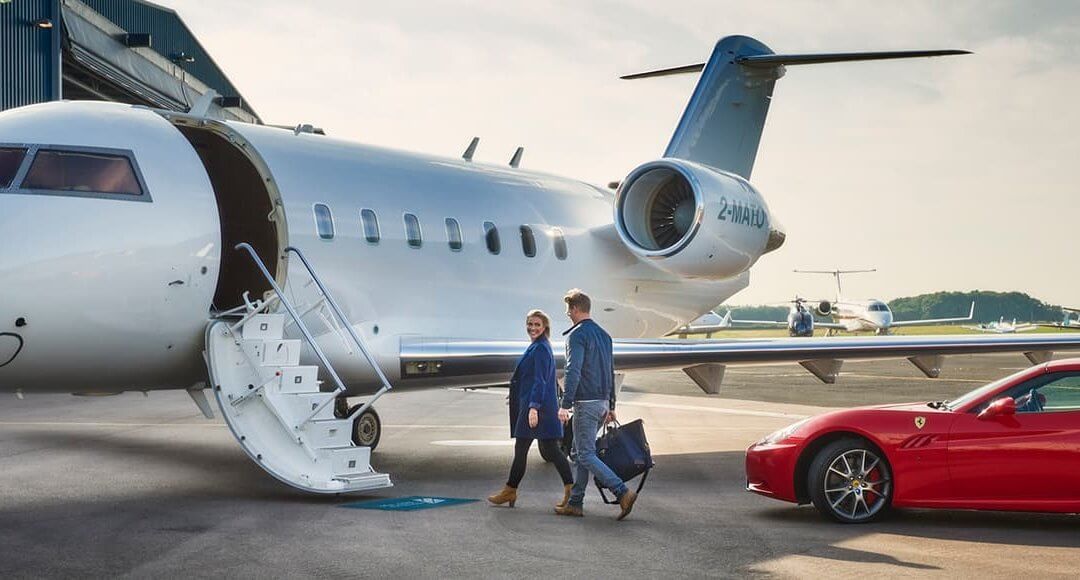 Few major airlines stand out as being disruptive or innovative in their approach to the flying experience. Are they missing a trick? Perhaps. There’s an enormous demand for aviation services here in the UK: though we’re pretty small geographically, we have the third biggest aviation network in the world. According to the Department for Transport, 450 million passengers will have passed through our airports by 2050.

So it should come as no surprise that entrepreneurs with big ideas are rising up to the plate, forming fresh ideas shaping the industry going forward. One such example is Jonny Nicol. In 2011, computer scientist and pilot Jonny was all too aware of the inefficiencies and old-fashioned nature of the private aviation industry, having worked as a commercial pilot. He decided to form a company that would change how regular people view and enjoy travel.

Can you tell us a bit about what Stratajet does?

Stratajet offers the simplest way to fly private from the moment you search on the website or app to the moment you board your aircraft. The aim is to make private jets more accessible to mainstream travellers, making it easier for travellers to get from A to B.

The app itself brings private jets to your fingertips for the first time, allowing you to search for and compare a wide range of aircraft for charter in real time and book them instantly. It also shows the exact prices for your trip so you won’t be stung with any additional late charges, such as de-icing fees.

How long did it take you to get the Stratajet started – were there any setbacks?

It took us two years to programme a search engine intelligent enough to filter through all the various different fees that need to be considered when calculating the cost of a private jet. Stratajet makes upwards of 2.5million calculations when returning flight results, but the first time we ran a search it took around 20 minutes to produce these final prices. The next stage of the technology build consisted of getting this down to a consumer-friendly time, which took another two whole years.

Eventually, we had an idea that brought the search time down to around 12 seconds. I can’t describe how incredible and emotional that moment was for my team and myself! In hindsight, it was a computer science miracle. We went from a worthless company to a company whose evaluation was increasing by a million a day.

Stratajet has now grown to a team of over 50 people, with a client services team available around the clock, and offices in London, California and Singapore.

How long have you been in business now?

It seems like a very long time ago now since I set up the business and it’s been a labour of love getting it “off the ground”, so to speak. That five-year period building the technology was one of the hardest things I’ve done in my life, but since we had the breakthrough, things have been a whirlwind.

The platform went live in late 2015 and was launched to the flying public across Europe in April 2016 with further expansion to the United States market in October 2016. Before Stratajet I had set up and sold a couple of companies (one was a computer system developed for the military and the other was an online recruitment tool) and this gave me the appetite for building a business, so I was motivated from the start to see Stratajet succeed.

I have an antique desk at home, so I like to enjoy a coffee in the morning and do a couple of hours’ work in relative peace and quiet. I’m still very hands-on with the technological side of the business and there is always coding and programming to be done which requires a high level of concentration.

I usually head into the office around mid-morning and try to be as approachable as possible. The role of CEO is often one of problem-solver; being presented with issues and working through them to find the solutions is the rewarding part of growing a business.

Otherwise, there are times when I’m travelling for long periods of time. We have a relationship with every single aircraft operator on our platform, having personally met each one of them. We conducted rigorous tours of Europe and the United States in order to bring these operators onto the system and will do the same when it comes to expanding the offering into the Middle East and Far East later this year.

You have an impressively large team at this stage. Was hiring staff for the first time daunting?

I think choosing your people carefully is one of the most important parts of growing your business. It just takes a second to hire someone, but you don’t want to be left with a mistake that might affect the company for a long time. Conversely, we have put a stringent process in place to make sure we have the very best from across the aviation industry but also from other sectors to ensure a fresh approach and different thinking. So I have hired some brilliant people and everyone has fed off each other, particularly in the more challenging times.

What has been your proudest achievement as a business thus far?

Now that the platform is operational, I believe the overriding success of Stratajet is the attraction of new customers to this means of transport. Now we’ve reduced the inefficiency of the online booking process and we’re able to include empty legs in searches, we’re making private jet travel more accessible. The proof is in our customer base, 32% of whom are first-time private jet fliers. This is a staggering statistic when compared to the industry norm of less than 1%. Ultimately it’s our aim to give everyone who wishes to travel by private jet the opportunity to do so.

What’s the best part about working for yourself?

Being able to realise my own vision has been the most satisfying part of setting up the business, though there is an element of seeking approval when you have investors who are also keen for the business to succeed. Our investors, though, have been superb and that’s something I’d say to other business owners: choose your investors carefully. Investment isn’t “just for Christmas”. Never take an investor who you don’t think is aligned with your vision. Some investors might get involved with a company because they can see a different vision for that company.

On that point – what’s the one big piece of advice you’d give to someone considering setting up their own company?

Always make sure that wherever you work, you love it. As a startup you will spend more waking hours in your office than anywhere else. So make sure that your work environment is perfect. Do what you love and do it in a place where you love it.

What’s next on the horizon for Stratajet?

Having successfully launched the platform across Europe and in the United States, our key focus in the early stages of 2017 is to maintain the growth of the platform in these regions. We are continually speaking to operators in order to expand our network.

We’re also looking at new markets. We are launching in Mexico and the Caribbean imminently and further expanding to the Middle East and Far East later in the year, with the aim of providing global coverage. We hope that there will be an industry-defining moment when people will say there was private aviation before Stratajet, and private aviation after Stratajet.

Think you have an idea worth sharing with the world? Take the first step of your startup journey by heading on over to our help centre for more advice on forming a company. To find out more about Stratajet’s mission and how to become a member, visit their website.