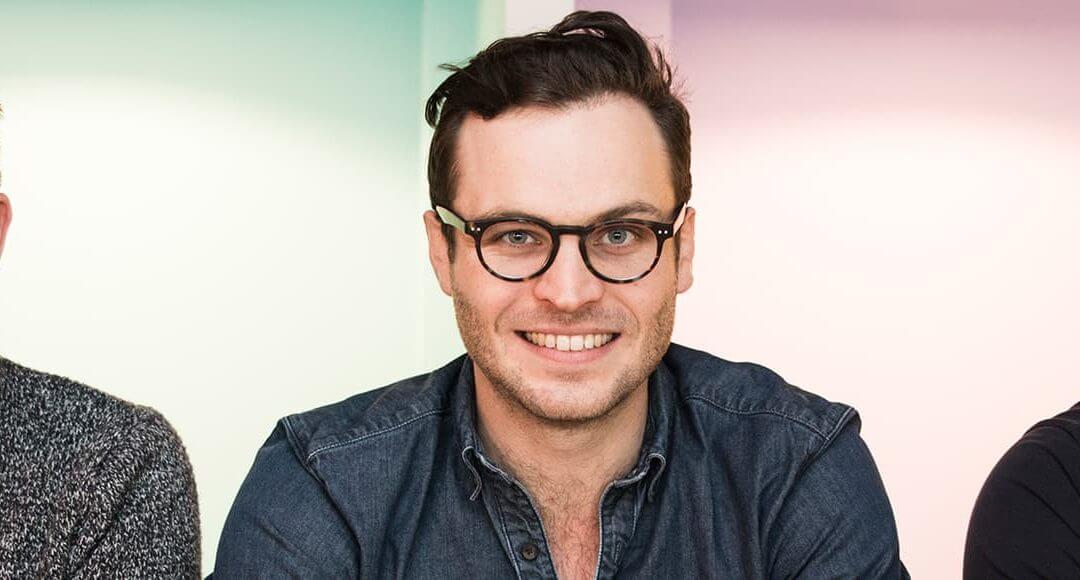 Rob O’Donovan is a problem solver by nature. Having set up businesses almost from the moment he was old enough, he had already racked up a fair amount of experience by the time he and his partners came up with the concept for CharlieHR. The free HR platform for small businesses is now used by over 7,000 teams, including at companies like Lyst, what3words and iHorizon.

As the owner of his own businesses, the many daily issues faced by entrepreneurs had become all too apparent. Surely there must be simpler solutions than the ones available on the market?

It’s from that realisation that CharlieHR was born.

We started out building marketing agencies, and we truly loved everything about owning and running our own companies – except the admin. The number of tasks we had to complete that were purely associated with the day-to-day running of the businesses, rather than the ones that actually built the value, became really frustrating. We wanted to be out on the front line doing the work, but we were discovering a familiar realisation for many founders… the bigger you grow as a business, the less you actually get to do the stuff you really love.

At the same time, we were fascinated by how tech, and software in particular, was changing the way the world worked. We started thinking, ‘hey, there’s so much of this that could be automated. Why are we still mucking about with spreadsheets?’

Our vision was to create an ‘operating system’ for companies: a software layer that could automate a bunch of different tasks that take time to complete every day. The end goal would be to give business owners like ourselves more time to get back to the work they set out to do in the first place.

We set out to make that happen in the summer of 2015. We quickly built the first version of CharlieHR and gave it to a few of our friends, before launching publicly in September 2015.

What’s next on the horizon? CharlieHR is a free service, so we’re just in the process of launching some extra features that customers can pay for. We’ll also continue working hard to grow a first-class team and serve lots more customers. We will expand to Europe soon, too. There’s plenty still to be done.

For those just starting out in business, here are some questions that really helped us to work out how we could be most effective:

I know that mornings are when I can get the most done, so I usually start work from home very early in the morning. My days are always massively varied, which is both a blessing and a curse, but I’m extremely lucky to spend a lot of time with loads of smart and interesting people who I can learn from.

I walk a lot. If I have to go across town, I’ll walk for 45 mins rather than take public transport. It’s far more pleasant, and I have time to think or make phone calls along the way.

I try to avoid working late into the evening every day, but I often go to events a couple of nights a week. It’s important that I spend time building relationships outside of the office as it enables the rest of the team to have more focus on what’s happening internally.

2. Have you picked the right partner?

I was lucky. I know this can be super hard for many people. I’ve been mates with Ben, one of my co-founders, since I was 13 and we’ve worked together for the best part of the last decade. We’re very different people, but we want to solve the same problems and have a common thread in how we want to live our lives. I think that’s what makes us work so well together. Tom is the other founder of CharlieHR. He came to work with us on another of our companies five years ago and completed the trio!

We each have a corner of the business we look after. Ben and Tom largely handle the day to day running of the business. As Chief Operating Officer, Ben is intricately involved in the delivery on a day to day basis. Tom is our Chief Product Officer, so he handles all product and engineering. I’m the Chief Executive Officer, so I’m mainly responsible for the commercial side of the business, along with our strategy – where we’re going and how we’re going to get there.

In my opinion, it’s a huge cliché that the people are the most important part of a business. They’re not – it’s all about the culture. Culture is what helps you hire and retain the right people, and empowers them with the environment to be the very best versions of themselves. You can hire the best racing driver in the world, but if you give them a bicycle they won’t live up to anyone’s expectations!

4. How will you and your employees maintain a good work-life balance?

Work-life balance is important, though when you’re running a business you might go through phases of handling this well and not so well. I admit I work quite a bit at the weekend, but often that’s because I’d prefer to remain consistent rather than work flat out during the week in order to stop over the weekend.

It’s so necessary to take holidays; we certainly advocate that message to our team. It may be hard to switch off, and impossible not to worry as a business owner, but at the end of the day, having a great team in place who you can trust definitely takes some of the strain off.

The idea that when you’re a business owner you get to ‘be your own boss’ is the biggest myth! When you start a company, you end up having more bosses than anyone. Every customer, every investor, everyone on your team… you become accountable to every single person who has bought into what you’re trying to do.

6. What tools will you need?

On a personal level, there are a few apps I use every day.  Firstly, Headspace, which is a meditation app. I’ve been using it every morning for a couple of years. Pocket is good for saving articles you want to read on the go for later, and I also use Todoist for my to-do list.

For anyone who has a business idea, I always recommend reading “The Mom Test”. It’s a great book about how to get real and honest feedback on your business idea so you don’t end up spending time and money on a concept that will never work.

7. What will you do if you don’t succeed right away?

Your first idea is very rarely your best, so don’t get fixated on one concept. Test and test and test until you find a theory that is really hard to disprove.

I live by the idea that you should treat entrepreneurship as a lifelong career, not a way to get rich quick. Aspire to climb the ladder at the same pace as anyone else in any other line of work, but know the successes – and sometimes the losses – you experience along the way will be bigger and better.

Rob O’Donovan is CEO and Co-Founder at CharlieHR.

If you’re keen to learn more about how to start a business, check out some of the information in our help centre. Or, for more entrepreneur stories, have a browse of the blog.