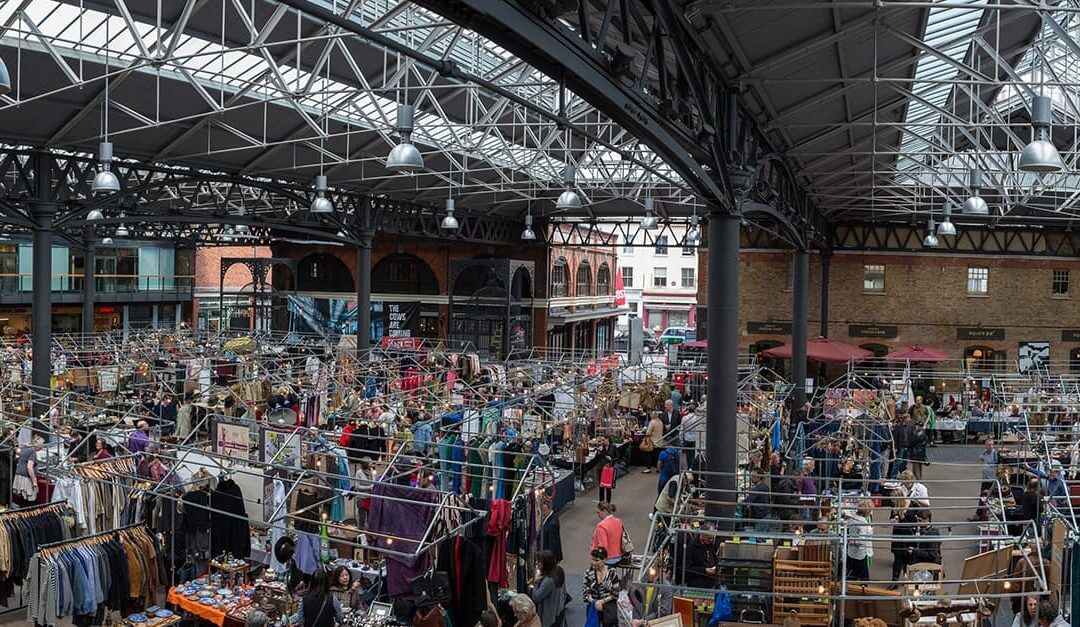 Whether in relation to the abstract arena where commercial dealings take place (read: ‘the global marketplace’), or to refer to an actual, physical market, the idea of the ‘marketplace’ has been around for centuries, and is the cornerstone idea behind modern commercial exchange.

All of us can no doubt remember our first trip to the latter type of market: people bustling about, wedged between coloured stalls adored with fresh wares as vendors’ cries sail above them (“four for a pound!”). What we don’t think about when we recall these trips is the value of the market for local businesses, and for preserving our commerce culture.

Love Your local Market (LYLM), a fortnight-long celebration of British market culture, is an initiative that in 2014, brought together over 900 markets across the nation, and put on over 7,000 ‘market day’ events. To boot, since the inception of LYLM in 2012, the markets industry has pledged over 10,000 pitches to new traders.

Kicking off today and running until May 27th, the 2015 LYLM celebration will not only point us in the direction of some exquisite beratta ham, but remind us how paramount market culture is for high street trading, the budding entrepreneur, and for local businesses trying to make a go of things.

Buying local is often touted as a way of supporting your own community: a way of ‘looking after our own’ by keeping money local. It’s true that when people buy goods from a local farmer’s market, twice the amount of money stays in the community than if you got the same thing from a supermarket. It’s a known fact that spending in farmers’ markets has a higher multiplier effect in the local economy: which means that money circulates more times in the local area before leaving.

A greater array of local options, as well as boosting your area’s local economy, offers customers greater competition and choice within said economy, rather than leaving the space to be bought out by chain stores. Having character and creativity to choose from is a bonus when shopping for goods, but also in giving your area a unique kind of personality, which strengthens your ties to it as someone who lives there.

A farmer’s life for me

Local markets are good news for the farmers themselves, too. Not only do they increase opportunity for farmers to sell their produce, they enable them to ‘cut out the middle man’, and sell directly to their customers. For small-scale producers, or perhaps those just starting out who are unable to produce the quantity required to be stocked by supermarkets, having a local market to sell to provides a secure starting-point for them, from which to grow their business.

There are now over 750 farmers markets in operation across the UK, with growing support from national bodies the National Association of British Market Authorities (NABMA) and FARMA, who have introduced a range of initiatives to celebrate national market days, including LYLM, in efforts to rejuvenate the local high street.

In 2011, retail expert Mary Portas recommended having a national market day to the UK government after conducting a review of the future of the high street. Concerned with the doubled rate of town centre vacancy rates from 2009-2011, resulting in a 50% reduction in spend from local high streets, she believed re-invigorating the market day would not only work to draw locals back to their local town centres, but to instill a stronger sense of social connection to their communities. This, she asserts, will have a knock-on effect for economic capital, too.

Turns out she was right. The success of national market days, and LYLM as a celebration and showcase of them has seen the initiative go global: on May 28, 2014, High Streets Minister Brandon Lewis announced that LYLM would be recreated across Europe, too. France, Italy, Spain and Holland joined the brand in 2014, with Ireland, Poland, Hungary, Greece, and more set to join this year. With a greater pool of members, this means there will be more hands and voices promoting retail and wholesale markets, and to grow the markets industry overall.

Keen to get involved with Love Your Local Market, and give your business idea a go? We’re offering a special formations package for LYLM participants, at a discount price of £5. All you need to do is create an account with us by following the link below.