Mindfulness Apps Can Help You & Your Business 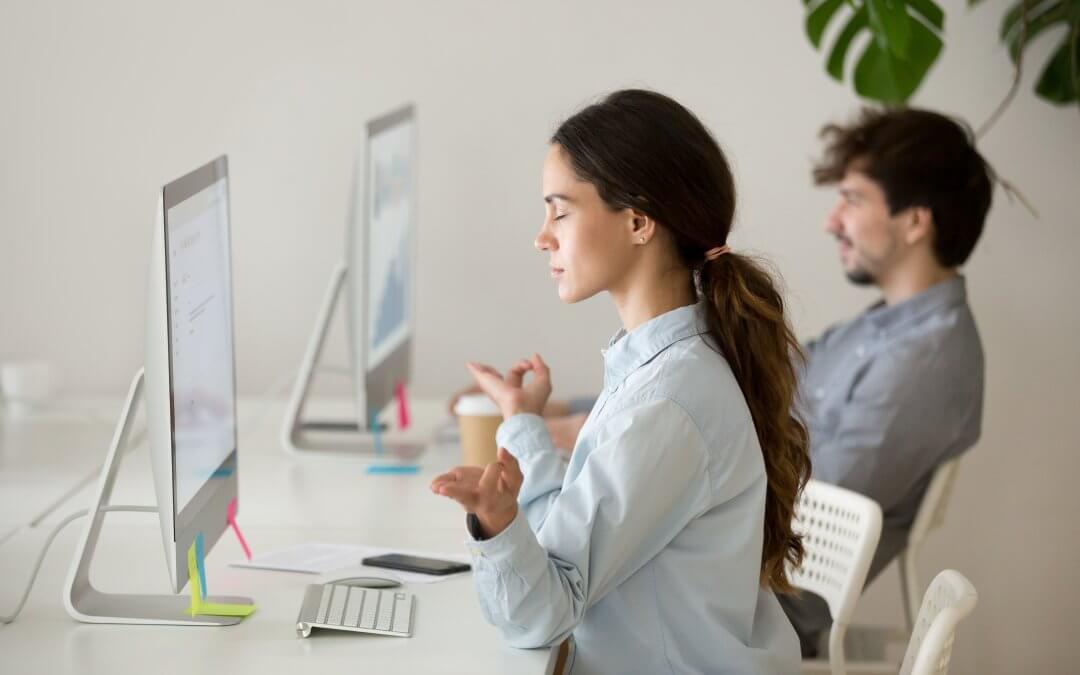 The idea of doing nothing to get more done may seem like a contradiction. But in fact, mindfulness ­ – or the act of being aware of one’s thoughts rather than caught up in them – can do just that. Countless studies have proven the positive effects of mindfulness in relation to productivity, and the NHS has approved it as a helpful approach to dealing with anxiety.
[br]

[br]Mindfulness is now an almost £1 billion industry and has broken into the mainstream. Fortune 500 companies that offer mindfulness training to employees include Google, Nike and Apple. And it’s worth their while. In David Gelles’ book Mindful Work, he examines insurance giant Aetna. He concludes that highly stressed employees actually cost the company an extra $2000 (£1500) per year in healthcare, when compared with their less-stressed colleagues. It’s seemingly a no-brainer, then, that you’d want to invest in mindfulness with your small business.[br]
Here, we talk about the benefits of mindfulness and round up some of our favourite apps to help you feel less frazzled.

What are the benefits to mindfulness?

Mindfulness has been known to have many benefits, but these are the top three that could help you with your business venture.

[br]A 2011 study by researchers at a host of American institutions came to the conclusion that mindfulness can help “turn down the volume” on distracting information. The Harvard-led study had participants complete an eight-week mindfulness training program. They then compared the brain waves of those who had completed the program to those who were in a normal control group. Those that had been immersed in mindfulness meditation had a clearly improved ability to regulate their volume-reducing brain waves. [br]

[br]Studies in the journal Mindfulness in 2014 suggests some forms of meditation promote divergent thinking. This is a style of thinking that allows many new ideas to be generated in response to a specific problem. For business owners, overcoming hurdles is part of the everyday. Founder of the IMPACT Network, Karl Kleissner, also credits mindfulness as the source to many of his ideas. “I co-founded the 100% IMPACT Network because of my meditation practice,” he says.[br]

[br]Let’s face it: as a small business owner, you’ll most likely forfeit some sleeping hours to run your company. While working hard can really pay off, we all need sleep to function and do our best work. Mindfulness isn’t about silencing your brain. It’s about acknowledging thoughts and letting them pass you by. Mindfulness during the day can train your body to relax, experts at Harvard Medical School claim. Experts at the school recommend spending 20 minutes meditating each day.
[br]

What are the best mindfulness apps?

As mindfulness is such an over-saturated industry, it’s hard to pick a great app. We’ve rounded up three of the best.

[br]“It’s an app that teaches you how to meditate. It’s kind of genius,” says Harry Potter actor Emma Watson. We couldn’t agree more. Headspace’s free Basics pack offers a 10-day beginners course. It’s a great option if you want to learn the basic techniques to meditation and mindfulness. Founded by Andy Puddicombe, the app’s main mission is to make meditation accessible to everyone. Puddicombe quit his sport sciences degree in his early twenties to become a Buddhist monk, and before setting up Headspace, helped politicians, athletes and business leaders with meditation. The app’s visually-pleasing graphics and icons, alongside user-friendly animations and videos, truly put the fun into mindfulness.[br]

[br]If you’re running a new business, a good night’s sleep is of utmost importance. Calm is a highly-rated app founded by British entrepreneurs Michael Acton Smith and Alex Tew. Their mission was for their app to become the “Nike for the mind”. Sleep Stories is a useful feature in the app; the bedtime stories are specifically tailored for adults, to help relax the body and settle the mind and thus promoting a good night’s sleep.[br]

[br]Rated as the top free meditation app on the Android and iOS stores, Insight Timer offers 2283 of the world’s best meditation teachers in 25 different languages. Almost five million people use the app, which offers more than 10,000 free guided meditations, songs, talks and course. The origins of each teaching of meditation range from Buddhism to science and research, to psychology and Sikhism. So if you’d rather more religious teachings, or prefer the secular sort, this app offers a great range to suit your beliefs.

Ready to launch your small business? Incorporate your company with The Formations Company and we’ll help you on your entrepreneur journey.
[br]
Compare our formation packages