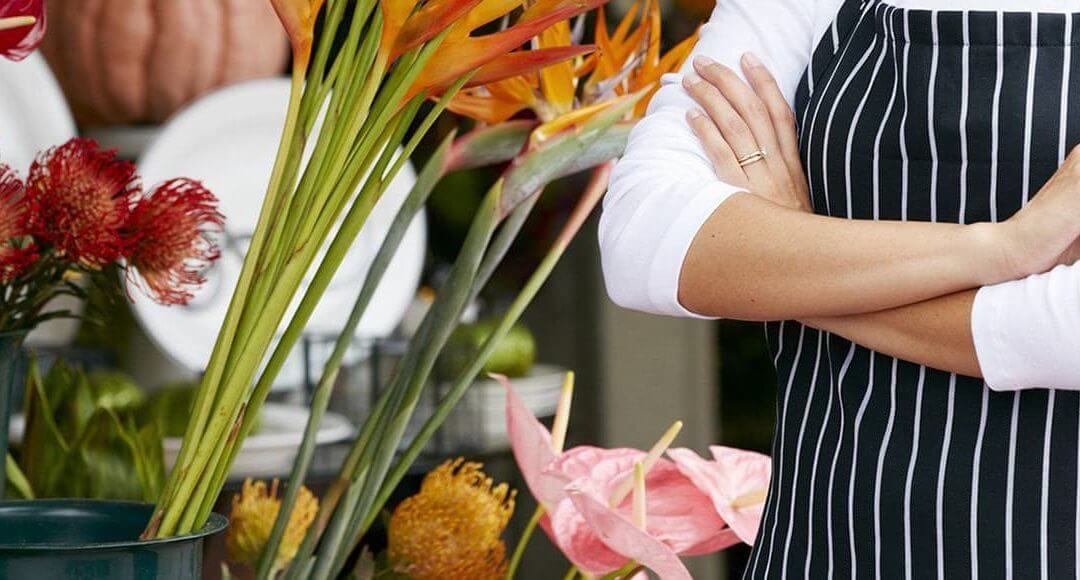 When florists come to mind, what’s the first thing you think of?

Common answers normally involve beauty, romance or picturesque country charm. Which is why you may presume the backstory of Tash Khan, Managing Director of boutique florist Appleyard, might be equally as quaint. Well, you’d be wrong. Like any other entrepreneur, his is a story of business-savvy and tough decision-making, which is why we took the time to talk with him about the key lessons he’s learnt along his way – from trend analysis to company branding, and finally, how to go global.

Appleyard from the roots up

Far from having a lifelong involvement in floristry, Tash comes from a corporate background. Describing his experience working as an investment banker and management consultant for KPMG, he says “I’d always seen entrepreneurs come and go, most doing very well and making a lot of money. Entrepreneurship was something I always had at the back of my mind.”

But how did he make the leap? After working on a popular furniture store account and comparing its overheads and profit with an up-and-coming Swedish homewares store, he noticed a sizeable profit margin on one particular product. “The one product that made the most money per square footage, taking into account the sales they were generating, was orchids. I saw how much and thought wow, I can’t believe it – this is huge”. Taking the lead from his discovery he did some research into floristry, and along with discovering its £2.3 billion worth, also saw some sizeable gaps waiting to be filled.

He turned his back on corporate life and bought an existing floristry business in London, much to the surprise of his fellow colleagues. Over the next five years, Tash grew the Appleyard tenfold, mainly online and through corporate contracts. He supplied flowers for Lord’s cricket ground, Ascot, and Claridge’s. After selling the company to PLC Flying Brands, and signing on as their MD for 2 years, Tash eventually sold the business to another floristry competitor. Several loyal clients promised to follow him wherever he went, so rather than stick with a competitor, he launched his own company: Appleyard. This was followed by a second: Blossoming Gifts.

So what makes Appleyard different from every other floristry service? “Our customer is someone that really appreciates flowers. What we sell is unique, so while the products on our site are not necessarily any bigger than a normal bouquet you’d buy in a shop, the reason they look so nice is that they have unusual varieties of flowers and artisan varieties that are only available through us”. Seeking out the most highly regarded florists, designers, and artisan flower producers, Appleyard has become a pioneer for floral design. Their strong team is what has taken them from strength to strength and keeps them on the cutting edge of the industry. “You have to be in tune with what is happening in the interiors world in terms of colours and trends that are developing”, he says. “You’ve also got to employ top florists that are at the cutting edge.”

Appleyard’s growth has been impressive, but it hasn’t necessarily come easily. Tash cites his biggest challenge as scaling. “It’s key for every e-commerce businesses to get big, and get big quickly. So the first challenge is: how do you scale up your production and your ability to fulfil your customer services? And also scale up your technology platform, without having to employ a million developers?” Partnerships have also been integral to Appleyard’s success – pairing with online membership groups, organisations, and retailers where their target customer is likely to shop. This has helped them subsidise marketing costs, and directly target customers they know will be interested in their product.

Fast forward to today, post-Brexit, and Tash has decided to take Appleyard across the pond, setting up shop in New York initially. “We figured the Americans buy most of their flowers from South America, but florists love the European flowers that are available. There’s an opportunity for us to create some quite unique looking products and sell them where there is the appetite to spend a lot of money on something different. Also, in America they quite like the whole quintessentially British thing, so we thought it’d be a better option than going on the continent.”

The decision to go stateside has also affected branding. Despite having two UK outlets in London and Manchester, the e-commerce site distinctly highlights its ties to the capital. “The London branding was partly influenced by the fact we started out in London, and secondly by the fact that we’re looking to go global. It’s a bit like a fashion brand that associates itself with a location. And one thing we don’t appreciate about floristry is that the global capital of floristry is actually in London.” Every year we see hundreds of students, from all corners of the world flock to the UK to train in floristry, taught by world-leading floral artists. With international consumers identifying London as the world’s floristry capital, the move to identify as a London brand specifically is certainly a smart one.

And so it seems Tash and Appleyard really do have some exciting times ahead, both at home and overseas. He’s just one of the many inspirational entrepreneurial stories we see every day. For more, or for advice on how to follow your business dreams, take a look at our blog. To find out more about Appleyard, or invest in one of their unique bouquets, visit their website.