Brick By Brick: What Small Businesses Can Learn From Lego 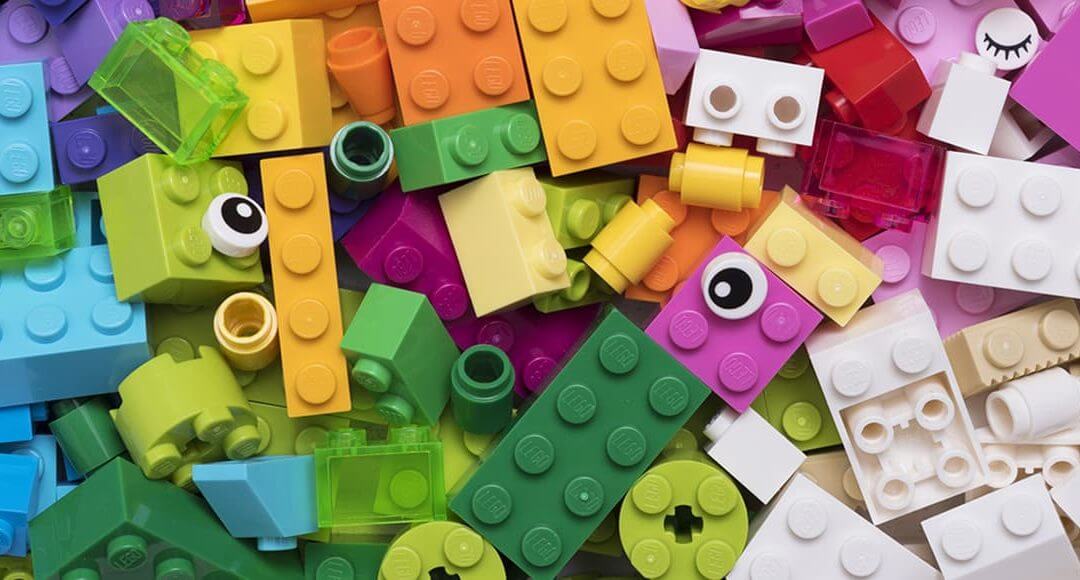 You heard it here first: Lego is officially the most powerful brand on the planet.

At the start of 2017, one of the leading valuation and strategy consultants compared and contrasted some of the world’s biggest brands. Their aim was to find which among them could be considered the most powerful on earth. By the end of January, the yearly rankings had ordered the world’s top 500 most influential brands – and sat at the very top of that list was Lego. To put that into perspective, Lego is now considered more powerful than Apple. It’s more powerful than Disney and even more powerful than Google.

And yet, it all came so close to disaster; at the turn of the millennium, Lego was in a really bad way. Interestingly, the story of their troubles, as well as how they resolved them, represent a useful lesson for businesses of any size. So whether you’re in charge of a small business or still mulling over your big idea, read on to find out what small businesses can learn from lego.

Back in the early 2000s, the Lego Group was in very poor shape. The year 2000 netted the company considerable losses and no one was really sure why. What they did know was that the toy market, in general, was struggling. With a flooded market and the rise of electronic media, it really seemed Lego would be heading for the scrap heap before long.

In 2003, a new head of strategic development, Jorgen Vig Knudstorp, was tasked with identifying all of the problems plaguing the ailing company. Armed with his experience in corporate strategy and a strong allegiance to the brand, he undertook a comprehensive fact-finding mission. If he was ever going to fix things, he needed to know the true extent of Lego’s problems.

The results were worse than they’d feared

Poor focus on product, an over diversification of their offering, costly side ventures, too many markets, poor lines of communication; the list goes on. The bottom line was that Lego had become muddled and unfocused. To provide just one example, business analyst Chris Zook identified that a healthy company could pursue an adjacent market once every three to five years. To do so any faster would lead to almost certain failure. Lego had been trying to penetrate three to five new markets over the course of a single year.

The review revealed the company’s various ventures were failing to be as successful as they needed to be. Ultimately, Lego’s strategy and product offering had lost sight of each other.

The message was clear: Lego needed an action plan if it was to right the course of the ship. As Head of Strategy, Jorgen recruited a number of allies from outside the group to help with his re-structuring.  Effectively, he sought to pinpoint what made Lego what it is. What were the things Lego did better than anyone else? What was the point of Lego? He felt the company had lost sight of what made them great, and re-discovering it would mean going right back to basics.

This idea lay at the core of Knudstorp’s action plan: everything from the company’s management structure to its product offering, including its supply chain was stripped right down to the basics. The Legoland theme parks were sold off, offshoot ranges like Lego Explore and Lego Discover were scrapped, and a new focus was placed on a smaller series of core products aimed at clear and well-defined audiences. Customer focus groups and Lego enthusiasts were consulted to help develop new product ranges more in line with customer requirements. All in all, Lego scrapped a third of its products from the outset and put a strict 13.5% profit requirement on all the rest. Knudstorp was essentially refocusing the brand. It sought to do a few things very well, rather than many things ineffectively.

Knudstorp’s review also identified another failing: the Lego Group’s financial data. While there was a system to identify profits and losses versus various products, there was no product analysis or any idea of where in the product line Lego was making or losing its money. This contributed to the state of utter confusion in which Lego found itself. It lacked the tools to self-diagnose, meaning when things started to go wrong so few of the right people had any idea why.

So what can small businesses learn from the story of Lego? Well, it’s a success story and a cautionary tale at the same time. A success in that an honest look at a company’s business practices can lead to an agile and effective action plan. Plus, it’s a cautionary tale about how fad-chasing and unchecked expansion can lead to disaster. That said, there are some key things to look out for as a small business owner.

1. Stay true to your message

Now, whilst Lego is a vast international giant, its rise and fall can be attributed to things that affect any company regardless of size. If you’re a small enterprise, you likely won’t be moving into new markets at pace like Lego did — at least not for now. That said, you may be feeling the pressure to expand, employ new staff, or diversify your product range. What we can learn from Lego is that doing so carelessly and inconsistently can be damaging. It’s important you justify all your additions: why is this necessary and is it in keeping with my brand?

These kind of questions will keep your message on point. As a small business, your brand needs to be as consistent as possible so that customers know what you’re all about at a glance. This isn’t to say you can’t pursue drastically new ventures; however, it pays to do so slowly and sparingly. There’s always a risk of diluting your offering.

Another valuable lesson: if you are going to introduce a different product or service, make sure you have the right tools in place to monitor its effect. A large part of Lego’s problem was not having a sound means of self-analysis; product analysis and asset management are instrumental to monitoring where you make your money and where you lose it. There’s no way you’ll know you’ve made effective changes if you don’t know what they are. Keeping balance sheets, clear targets for products, and monitoring their profit and cost at every stage of the supply line creates a system of effective asset management. A good starting point would be keeping a balance sheet.

The most important lesson to be learned from Lego is the value of knowing your offering. If your product is worthwhile and you deliver it well, the rest will follow. Success can only be built and expanded upon solid foundations; you have to get the fundamentals absolutely perfect before you risk complicating your offering. Having a small number of clearly defined goals is far more effective than having many different irons in the fire. Realising this in time, Lego managed to turn its fortunes around almost overnight, going from a failing toy company to the most successful brand on the planet.

Not bad for a family business based in Denmark, right?

If you’d like to find out more about what it takes to run a business successfully, check out our blog for more articles. Or, for more step-by-step guidance on what you need to do to get your company formed, just refer to our company formation guides.