Why a Trump Presidency Might Be Great For Your Business 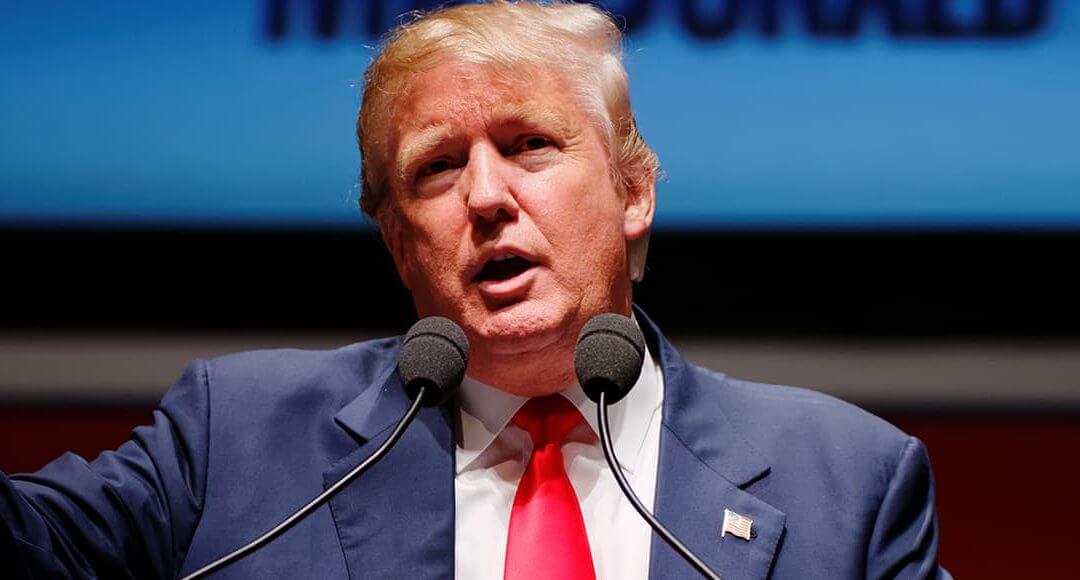 It’s over. After an eternally long campaign, Donald Trump will soon be sworn in as the most powerful person on the planet. As surreal as the sight of a reality star in this position is, and no matter how you feel about him, one thing is unarguable: he brings a unique, and most importantly, new perspective to politics.

While upheaval can make life difficult for organisations too large and unwieldy to change quickly, it can present a gamut of opportunities for small companies that are mobile and nimble enough to take advantage. With America, one of the world’s largest economies, about to go through its biggest change in generations, small businesses on this side of the pond could be in a prime position to benefit and thrive.

So, how is a Trump presidency going to impact you and your business?

The state of the market

In order to predict what the future might bring, we have to look to the present. By Friday 11th, three days after the election, some trends became clear in the US stock market. To start, we need to look at the three major stock indices in America: the NASDAQ Composite, Dow Jones Industrial Average and S&P 500. For our understanding, it’s best to look at the performance of the first two.

For those unfamiliar with the stock market, the NASDAQ is geared towards young, technology-focused businesses. And the Dow Jones concentrates more on older, industrial organisations. By Friday 11th, the NASDAQ had its biggest one-day drop in a month, caused by worries over how companies such as Amazon, Google and Netflix will function in a Trump-led economy.

On the opposite side, the Dow Jones actually hit record heights. The reason? The infrastructure spending and tax-cuts that the President-elect has promised. What we can deduce from this is that there is a split happening between traditional and modern organisations, between old and new, between industrial behemoths and technological giants.

What does that have to do with small British businesses?

Stock market fluctuations might seem a million miles removed from your growing business, but they are important to keep track of. Trump’s election shocked analysts and investors, which isn’t something that’s positive for the market. In fact, many professionals predicted his election would cause foreign investors – worth trillions to America – to panic-sell, causing the economy to crash, harming businesses of all sizes. This fate seems to have been avoided, thankfully.

This is great news for small businesses. To understand why let’s look back to that stock market split between old and new companies. One of Trump’s campaign promises was to bring manufacturing back to the US, explaining the positive performance of the Dow Jones, and this could benefit you as a small business in a number of ways. For example, increased industrial competition between China and the US could drive prices for goods lower than ever before. This will give small British companies a boost, as access to cheaper goods or parts will help increase trading.

If, on the other hand, you’ve formed a company that is focused more on services rather than selling physical items, the increased pressure Trump will put on Silicon Valley could work out positively. The power of San Francisco has made it hard for the UK to compete on the same level, but now the famous tech-hub is likely to run into restrictions, it could be just the chance the country needs to produce a world-changing startup. If you have been sitting on a brilliant business idea, now is the time to get started.

How to cash in on the USA

It has been impossible to ignore the impact Brexit has had on the pound, with the currency in its weakest state for generations. Since Trump’s election, the dollar has actually risen, but with tumultuous times ahead, it is impossible to predict whether this trend will continue or reverse. For big businesses, this uncertainty could be damaging, but for a nimble, flexible and fast-moving startup, it represents a huge opportunity.

Think of this: what happens if the dollar becomes more valuable than other currencies? This gives Americans increased spending power, something that is going to be beneficial to UK businesses. No matter what industry your company is in, there will always be a global link somewhere. An improved dollar will encourage more Americans to spend money overseas, a huge boon if you have the potential to sell goods or services to the US. On top of this, it could lead to an increase in the number of holidaymakers visiting Britain, bringing more cash to the economy as a whole.

All good news so far, but what if the dollar drops in value? Well, a small business can capitalise. This will make American goods cheaper than ever, something that could be important as the country becomes more industrial. Also, it would make the US a prime destination for a trip abroad once your company’s first profits come in.

Once again, we have to bring up Brexit. If you are a company owner of any size, the decision of the British people to leave the European Union is going to send shockwaves through your world. One of the biggest concerns about this is trade. With Britain set to leave the largest single market in the world, solutions need to be found quickly. Enter America.

The UK currently exports over £30bn worth of goods and services to the US. For the country to thrive, it is in everyone’s interest for this to rise. While Obama stated that the UK would go to the “back of the queue” for trade if it left the EU, Trump stated that it made “no difference”. In fact, Trump’s trade advisor has already said that he wants to strike a trade deal with the UK. This is good news if you are looking to form a company. With so much change, it is the ideal time to take advantage of a turbulent time and create new relationships.

Despite what your views are on Trump himself, we can all agree that change is going to come. For large organisations, this is potentially terrifying, but not for burgeoning British businesses. The inherent agility of a small business can – and should – use this turmoil to lay claim to their own space.

Looking for more articles about how to form and run a company? Check out our blog. Or, if you’re ready to get started, go ahead and browse our company formation packages.