Quiet, please: What Wimbledon Can Teach Us About Business Etiquette 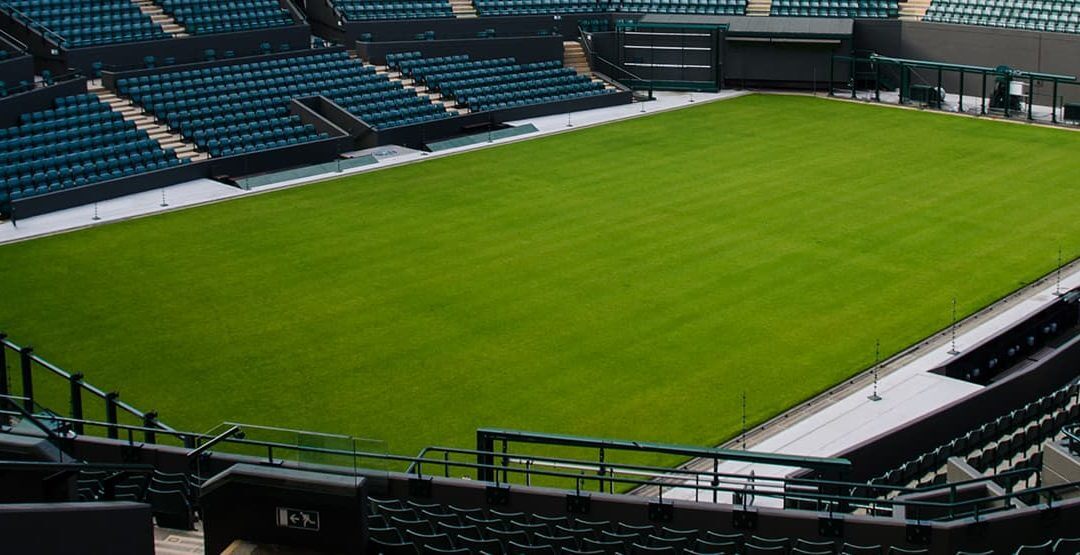 Business etiquette, and in fact etiquette in general, is becoming something of an unknown quality in this cut-throat, modern world of business. Of course, growing our respective businesses has, and always will be the crux of business meetings; yet there is a concern we are straying from what can be mutually beneficial to what is best for ‘me’, and ‘my business’ alone.

This mindset is damaging to what is considered proper business etiquette: relationships fraught with caution and, in certain cases, mistrust have become more and more prevalent. By considering an etiquette-focused event such as Wimbledon, the hope is to bring that sense of tradition and morality back into the workplace and improve relationships across your business. Loosely, we can break down business etiquette into four main aspects: communication, respect, dress code, and equality.

During play in a tennis match, communication between coach and player is forbidden. The player cannot seek help when he/she is struggling against their opponent. This rule was brought to the public’s attention by the way Novak Djokovic and his coach, Boris Becker, act on the court. It is believed communication between them took place in matches in the build-up to this year’s Wimbledon. As a consequence, they were closely scrutinised in the opening rounds. Of course, interpreting nods and winks as coaching seems farcical. However, the very fact they were being watched so closely shows a lot about the value of etiquette.

Secret communication in client meetings or interviews is incredibly rude. It introduces caution into the relationship. Wouldn’t you hesitate to do business with someone whispering to his colleague in front of you? You want the focus to be on what you’re saying, not what you’re doing behind it.

What we can take even more from this…

Esteemed business writer, M.V Rodriques describes in his book, ‘Effective Business Communication’, the concept of ‘horizontal communication’. Basically, it is communicating as a flat hierarchy. This approach, of everyone being able to talk openly without fear of reprimand, is becoming adopted more and more by small businesses. Its value is its ability to build a trustworthy and honest working environment. This ethos is then transferred into meetings with clients for example. With this method of communication in place, it negates the need for secret communication because everyone is open and honest with each other. This, ultimately, is what every small business and young entrepreneur should be striving for.

Respect has always been a massive part of Wimbledon. From how players address each other, courtesy towards the umpires, to how the crowd behave. How tennis players regard each other is one of the reasons why the sport is so popular. They are humble sportsmen, and very rarely do you see traces of arrogance from them. This is especially true at Wimbledon, where good behaviour is paramount.

The emotion showed from rival players towards Andy Murray after his momentous 2013 Wimbledon triumph springs to mind. This, above all else, makes them much more relatable to the fans. They come across as normal people. Now, translate that behaviour into an office or meeting and you will reap the benefits. Arrogance, not to be confused with confidence, is one of the biggest reasons businesses get put off from working with others. A mutual respect is as good as gold from a working perspective. It represents trust, value, and honesty.

Obscene language is seen as a massive negative at Wimbledon. You just have to look at Liam Broady who was given a £2500 fine for swearing to see how much so. This was a lot of money for a player who was living out of his suitcase before the tournament started. It simply is not tolerated. Of course, swearing is different in a relaxed workplace. However, if you’re out with a client or meeting potential new business partners, the last thing you should be doing is using vulgar language. Be witty, intelligent, and make them laugh. Don’t create an awkward situation which could easily be avoided.

How the crowd behave is so important at Wimbledon. In a way, they are the last bastion of a golden age of British, charming sporting fans. There is no hooliganism and no intimidation. They are there to enjoy the sport and have a lovely day out. You can see this in the way they behave to Andy Murray. The only ‘negative’ chant he receives is ‘come on, Tim!’. This is made in jest of course, and he knows that. When do you ever hear the crowd swear? When would you ever hear a football crowd collectively shush one another when a penalty is about to be taken? Where else can you get strawberries and cream and a glass of champagne to enjoy while you watch? This is quite a good analogy on how to behave yourself in the workplace: behave like you’re at Wimbledon, not at Wembley.

The All England Club has a particularly strict dress code: wear only white. Throughout the years there have been a few who have toed the line on this. Andre Agassi and his famous denim shorts back in the early nineties is a particular highlight. However, Wimbledon officials broke tradition, allowing him to play in his funky attire for the sole reason of him being there. This is because he was the biggest player at the time. More recently, Eugenie Bouchard (2014 Wimbledon finalist) was penalized for wearing a black sports bra underneath her all-white kit.

Why is it important?

Something as small as this being unacceptable might seem petty to some, but the dress code is there for reason: tradition. Tradition is still a force in many corporate companies and this relates in particular to dress codes: break it, and you will have done wrong.

Why bother breaking it?

If a company has a dress code, then stick to it. Otherwise, you could be seen as incompetent for not being able to follow simple rules. Remember: in a meeting, you’re representing your company. The way you dress feeds directly into that. The tiniest oversight can cause someone to not want to work with you again. This means it’s important to plan thoroughly before every meeting or interview.

Tennis is at the forefront of sporting gender equality. You will be hard-pressed to think of another sport where both men and female players are equal. This is in terms of prize money (both male and female singles champions at Wimbledon have received £1.7million each since 2007), and fan base. The only dispute is the differences in match length. However, because tennis has been around as a sport for so long that women in Victorian times played, values of equality have developed alongside the sport.

How does this enter into business?

Quite simply, discrimination shouldn’t be an issue anymore in business, yet sadly it does remain. Whilst equality technically falls beneath the category of etiquette, it’s a much larger consideration that, really, is basic human decency. Surely, that’s the kind of person you’d like to do business with?

Running a business is hard enough without having to deal with people who you don’t like. By developing a culture of etiquette within your company you will create a pleasurable working environment. You’ll also give yourself a good name externally. It’s one of the first foundation stones you should lay when forming your company, so bear it in mind. For more information on business advice, pop over to our help centre.